These Housing Markets Could Be Most at Risk . . . 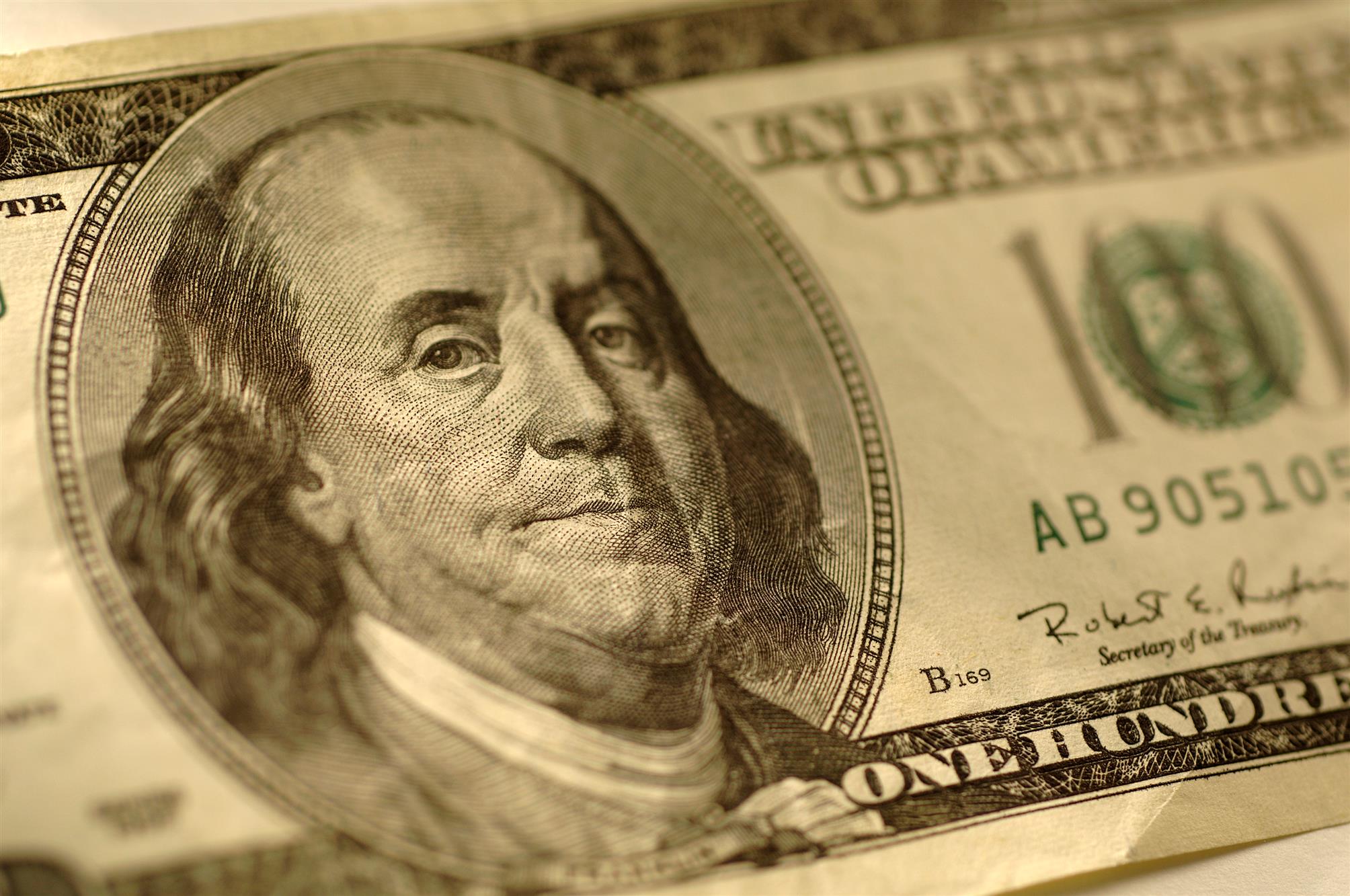 Just about everyone has been affected by the coronavirus pandemic—and the crisis, according to most experts, is only beginning to play out in many parts of the U.S. America now has the most confirmed COVID-19 cases in the world. And beyond the devastating human toll, an economic one is looming. The unemployment numbers are staggering, and the economy appears to be headed for a recession, if it's not already in one.

That's bound to affect just about every housing market in the country, some worse than others. But which are the most vulnerable? The realtor.com® data team found the counties that could be most at risk in the worsening financial crisis.

Tourism and vacation-home hot spots could be affected more than others, at least initially. These places that depend on visitors to frequent local hotels, restaurants, and attractions to keep their local economies afloat are starting to see big job losses. And when local economies suffer and people aren't working, housing markets hurt.

"The biggest initial coronavirus hit will be felt in the tourism and hospitality industries," says realtor.com Chief Economist Danielle Hale. These are the same places where folks tend to buy vacation homes.

"Second-home markets tend to be hit a bit harder in a recession. ... When people are cutting back, that's where they'll cut back," says Hale.

The luxury home market is also expected to feel the pain.

"Luxury buyers [typically] have a lot of their money in the stock market, and the stock market has taken a huge hit," says Ali Wolf, chief economist at Meyers Research, a national real estate consultancy. "They're saying, 'Let's wait. Let's ride this thing out.' Buying a luxury, new home right now is something that can wait."

Popular retiree destinations may also experience a slowdown. Older Americans, who are more vulnerable to the virus, are increasingly reluctant (or unable) to visit potential forever homes in warmer-weather states. Many of these retirees and soon-to-be retirees hail from the Northeast, the epicenter of the crisis, and the Midwest. And most already have homes, so moving to a retirement community or a sunny, new locale isn't urgent—it can be put off until the crisis has passed.

But real estate professionals are optimistic that these near-term vulnerable markets, like the rest of the nation, will likely bounce back once the virus is contained.

“Most housing markets in the country will take a significant short-term hit due to COVID-19," says Wolf. "[But] ultimately the housing market is going to come back."

To come up with our list, we looked at the counties with the highest percentage of workers in the industries that are most likely to be affected by this coronavirus-fueled crisis. These included a wide range of tourism, hospitality, retail, and other face-to-face fields, ranging from personal fitness, restaurant, and performing arts workers to those employed at car dealerships, casinos, and cruise lines. The data came from the 2017 County Business Patterns data compiled by the U.S. Census Bureau.

The manufacturing industry was not included in our analysis. We counted only the counties with at least 100,000 workers and included one county per state to add some geographic diversity to our list.

We broke out the different trends affecting these markets, and took a deeper dive into each. All of the places on our list fall into more than one of these buckets; a few of them fall into each of them.

All of the counties on our list, most of them on the water, are popular with tourists and vacation home buyers for a reason. They tend to offer lots of natural beauty, plenty of local, unique attractions, and a plethora of places to grab a bite and a drink. And those are the same things that make them more vulnerable to a downturn.

After the housing bust that triggered the Great Recession, home values in resort areas plunged about 25% to 50% depending on where they were located, Jack McCabe of McCabe Research & Consulting, previously toldrealtor.com. Meanwhile, nationally home prices fell only 17.5% from 2006 to 2011, according to McCabe's analysis.

Myrtle Beach, in the most vulnerable county of our analysis, could take a double hit since it's both a popular vacation home market as well as a major lure for retirees. (Median home prices in Horry County, at $239,050, are the lowest of our list.) About two-thirds of sales in the area are vacation and investment homes. And those sales slowed in mid-March after President Donald Trump first addressed the nation on the pandemic, says Laura Crowther, CEO of the Coastal Carolinas Association of Realtors®, based in Myrtle Beach.

Many second-home buyers come from out of state, and now they can't physically travel to South Carolina to view properties.

But Crowther is seeing an increase in virtual tours of Myrtle Beach listings, and for now, locals are still buying properties, buoying the market.

"It's a very difficult time right now for Myrtle Beach and other areas like it," says Robert Salvino, director of the Grant Center for Real Estate and Economics at Coastal Carolina University in Conway, SC. “Transactions will decline. There’s simply a real difficulty showing and looking at homes.”

The area, like all of the others in our analysis, relies on lots of visitors to eat at its restaurants, stay at its hotels, and visit its attractions—basically pump money into its economy.

Some of these markets were also badly affected by last decade's housing bust. Single-family home sale prices in the Myrtle Beach metro area peaked at $242,310 in July 2006, according to multiple listing service data provided by Salvino. Prices bottomed out to $160,000 in November 2012. They've since rose to $241,900 for the full year of 2019—still short of the previous high nearly 14 years ago.

“Second-home markets are the first to be affected" by a recession, says Salvino. "People are going to hold off on buying until they know they’re secure and prioritize affording the first home."

The crisis is also likely to hurt the short-term rentals market, like Airbnb. Investors may hold off on buying properties in tourist areas until the crisis passes.

After the housing crash, prices for Honolulu's short-term rentals, mostly condos rented out to visitors, fell by more than 50% in some cases, says local real estate broker George Krischke of Hawaii Living. This could happen again as most Americans are hunkering down instead of jetting off to the tropics during a global pandemic.

In Atlantic County, home to Atlantic City, NJ (No.3 on our list), folks struggling to pay their bills may sell their vacation homes to help alleviate some of their expenses.

"Some people rent [out] during the summer season to help alleviate some of the expenses," says David Fiorenza, an economics professor at Villanova University in the Philadelphia suburbs. "It’s going to be harder for people if they have two mortgages, one at their primary residence and one at their secondary residence."

And while this is likely more of a short-term crisis, it could have some serious long-term effects.

Once the virus is under control, vacation home buyers and retirees may want to buy property closer to their primary homes and family, says Sudesh Mujumdar, dean of the College of Business Administration at Savannah State University in Georgia.

They may fear another pandemic or crisis. And that could hurt markets like Savannah, which has a growing retiree and second-home market.

"This might have a longer-term impact on our social fabric," says Mujumdar.

Retirees tend to be attracted to many of the warmer-weather, tourist, and vacation home areas on our list. But those hailing from the particularly hard-hit Northeast as well as the Midwest aren't likely forgoing social distancing to head to South Carolina, Florida, and Hawaii to tour homes. Older individuals are particularly vulnerable to COVID-19, with some of the highest mortality rates.

So many of them are holding off on their home searches.

“Right now people are adopting a wait-and-see attitude," says Brad O'Connor, chief economist of Florida Realtors®, the state's Orlando-based trade group. "Everyone's going to put some stuff on pause right now temporarily while we get a handle on things.”

Luxury markets won't be exempt from the distress. With the stock market in turmoil and the economy in a downturn, many buyers are more likely to hold off on big-ticket purchases. A pair of such markets likely to be affected are ultrapricey Honolulu County (No. 6) and Monterey County (No. 8).

After the housing bust and the Great Recession, home prices in Honolulu County fell about 10%, says Honolulu broker Krischke. He believes the price declines this time around will be much milder.

"We will always be paradise, but right now we’re having tough times just like everybody else," says Krischke.

The market in Monterey, CA, an affluent, seaside county just south of Silicon Valley, is already beginning to stall. The market is split between primary and vacation homes.

There has been only 12 closings for Monterey County homes costing $1.5 million and more as of March 18—typically, that number would have been closer to 30, says  real estate broker Andrew Oldham of Compass, who's based in Carmel-by-the-Sea. But now he's seeing extensions, cancellations, and mortgages that are taking longer to process. Some sellers are pulling their properties off the market or even dropping prices. Few new listings are appearing.

However, his team is still seeing multiple offers on less expensive fixer-uppers that are priced right.

They're also seeing buyers make offers on homes they've viewed online with contingencies that would allow them to back out of the deal—just in case problems with the properties crop up once they're finally able to see the homes in person.

Prices plunged 33% to 40% during and after the Great Recession, but he doesn't expect anything that drastic this time around. He anticipates there could be a 5% to 10% dip.

"So far we're not seeing too much of a correction right now," says Oldham. "If you go in thinking you're going to get a good deal, you're probably not."

4. Gambling meccas will likely be hard-hit

Two of the counties on our list, Clark County's Las Vegas (No. 2) and Atlantic County's Atlantic City, were clobbered by the financial meltdown in the mid-aughts. Both had struggled to recover and were finally on the upswing—that is until the spread of COVID-19 forced the casinos, hardly centers for social distancing, to close tight.

Just last month, median home prices in the greater Las Vegas area surpassed their height-of-market highs, just before the crash, according to Las Vegas Realtors®, the local trade group. (This was for single-family, existing homes.) Home prices in Southern Nevada reached $316,000 in February compared with $315,000 in June 2006.

The recovery had taken much longer because the city's real estate market had fallen much further than in other parts of the country. So it had more lost ground to make up.

But unlike last time, Las Vegas is better positioned to weather this storm as there hasn't been rampant overbuilding, says Stephen Miller, director of the Center for Business and Economic Research at the University of Nevada, Las Vegas. There is no longer a vast supply of empty homes.

The problem is the city hasn't diversified its industries to protect it from a downturn. About 29% of Clark County's employment is in leisure and hospitality, says Miller. And 1 in 7 visitors is coming to the city for a convention, most of which have been postponed or cancelled.

“We’re so heavily reliant on leisure and hospitality," says Miller. "The problem is we don't know how long this is going to last."

And if it doesn't end soon, that could spell trouble. In Atlantic City, May through September are the make-or-break months.

“If we’re not able to get the casinos running by May, we’re not going to see any good economic impact this summer at the Jersey Shore," says Villanova University's Fiorenza.