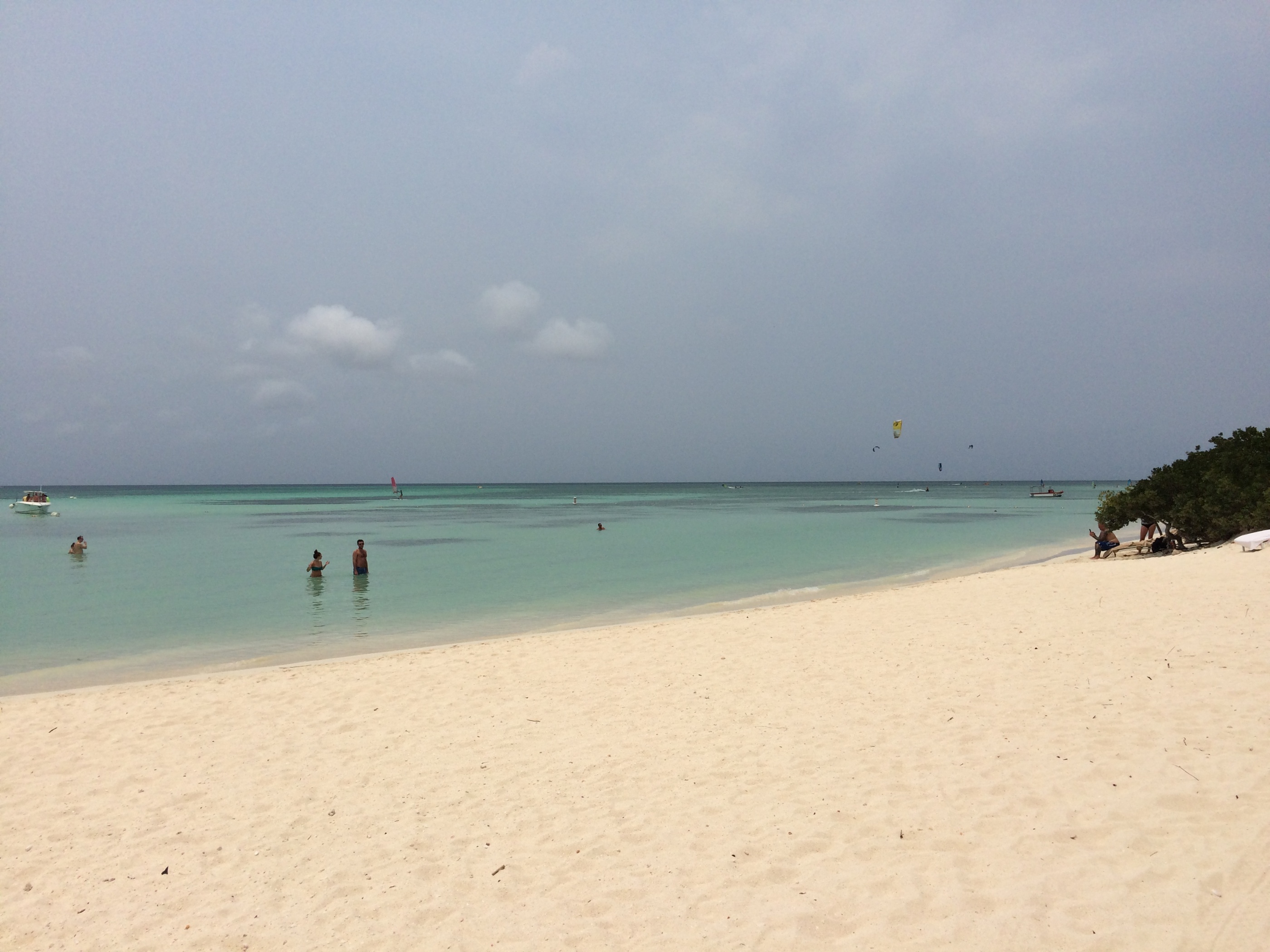 Catch The Silver Wave! America’s Best—and Most Affordable—Beach Towns for Retirement
(a beach town in MA made the list)

Ah, Florida: warm weather, beaches, and no state income tax. No wonder it's a favored destination for older Americans eyeing the golden expanse of work-free years ahead of them. And now that the coronavirus pandemic makes it unwise to socialize except at a distance, it's more important than ever to be able to settle into a forever home where you're free to enjoy the fresh air, long walks on the beach, and the soothing sound of crashing waves.

There are currently more than 74 million boomers—of which 10,000 per day are hitting age 65, according to the Pew Research Center. And as they shift into retirement mode, many are migrating toward the beach. According to United Van Lines National Movers Study, in 2018, 39% of the retirees they moved had their GPS systems locked on to Florida. Shocker, right?

In fact, the Sunshine State’s shorelines aren’t the only coastal ZIP codes attracting boomers—plenty of folks don’t want to live in what feels like a steam room six months out of the year, or they may want to be closer to friends and family elsewhere in the country. Instead, the 55-plus crowd has been seeking out budget-conscious, beach alternatives with plenty of outdoor activities and (often) a temperate climate in which to settle down for good.

“Retirees are undoubtedly drawn to these areas by the active, beach lifestyle,” says Danielle Hale, chief economist for realtor.com®. “And the relative affordability of homes in these towns means more of a fixed income is left over for fun, which probably makes the case for sticking around.”

From the peaceful dunes of Cape Cod and the warm waters of the Gulf of Mexico to the wild cliffs of the Pacific Northwest, these are the top 10 affordable beach towns and cities across the United States where retirees can kick back. And it turns out, they share some common features that are particularly attractive for folks who are no longer congregating by the water cooler.

“Retirees look for affordable communities where they can fill their time with purposeful activities and social connections, keys to a long, healthy life,” says Hale.

To come up with this list, our data experts looked at more than 1,300 towns on the water, pulled off the places that are located on lakes or rivers—this list is all about tasting the salt in the ocean breeze—and cut the selections to one place per state, for a wider variety of options. The ranking was based on the population of residents aged 55 and over per capita (the higher the better, we say), affordability based on median list price, access to hospitals and other health care facilities, the number of amenities like golf courses (for low-impact exercise) and country clubs (for the social scene), as well as marinas and water-recreation businesses like boating and fishing, for that all-around beach town experience.

Ready to take a long stroll down the list together? Let’s hit the beach.

Just 15 minutes south of the bustling tourist shops, boardwalks, and mini-golf courses of Myrtle Beach, Murrells Inlet offers retirees a quiet respite from that popular vacation town. The former fishing village is bordered by a beautiful marsh shoreline and dotted with wooded areas. It also boasts a strong health care system, numerous golf courses, and a stunning sculpture park and wildlife preserve, Brookgreen Gardens, hailed as one of the Top 10 Gardens in the United States by TripAdvisor.

The mild weather, coastal scenery, good airport, and myriad amenities have made Murrells Inlet a desirable retirement destination for Northeasterners seeking a break from high tax rates and harsh winters.

Retirees can get into affordable homes starting at just under $200,000, including this $196,919 two-bedroom in a 55-plus community or this three-bedroom with a whirlpool hot tub—and no age restrictions—for $249,900.

“You kind of have the best of both worlds [in Murrells Inlet] if you're looking for a nice, affordable area to retire to,” says Jeremy Jenks, vice president of sales at Keller Williams The Trembley Group. “It takes 15 minutes to get to everything Myrtle Beach has to offer without having to worry about traffic and stuff.”

Venice’s shoreline is located halfway between Sarasota and Port Charlotte, on the eastern edge of the Gulf of Mexico. The powdery white-sand beaches are a paradise for sunbathers—or those who seek shade under an umbrella—and shell seekers. The city hails itself as “The Shark Tooth Capital of the World” due to the thick fossil beds that lie right under its gently lapping shores. The shallow and sedimentary conditions of the beach expose thousands of ancient shark teeth every day.

If hunting for shark teeth won’t keep the grandkids occupied, chances are nothing will—but you could always try taking them to the arboretum or Historic Venice Train Depot, or take them for a boat ride. Buyers can get into the market at a wide price range, from a three-bedroom manufactured home for $159,900 to this three-bedroom with water views and a private pool for $350,000.

Morehead City has enough nautical attractions to make die-hard boaters keel over. The port town offers great boating, fishing, and nearly every type of water sport imaginable in both the sound and the Atlantic. Homes start in the $200,000 range, and it’s possible to snap up a townhome with an onsite dock such as this sprawling three-bedroom for $274,000 or this $350,000 three-bedroom with water views.

Though Morehead City is on the mainland, protected from storms by a barrier island, the city proper isn’t known for its beaches. To hit the soft sand of beautiful Atlantic Beach, locals have to drive about seven minutes across the bridge.

Lewes and nearby Rehoboth Beach have become one of the hottest LGBTQ retirement destinations on the East Coast. The welcoming area boasts many gay bars and restaurants, a thriving Pride parade (in years past), and an LGBTQ center—all on the shores of tax-friendly Delaware.

Historic Lewes has a more natural, small-town feel and (slightly) lower home prices. Retirees can get into active adult communities like Bay Crossing in a $239,000 two-bedroom condo all the way up to a fully kitted-out four-bedroom for $620,000.

New Jersey—and its infamous shore—gets a lot of flak, but it's called the Garden State for good reason: It’s friggin' beautiful when you exit the turnpike. That includes Toms River, a seaside town that’s nestled along the Atlantic Ocean and Barnegat Bay, a rich estuary that’s long been a destination for fishing, crabbing, and boating. The historic city boasts a vibrant downtown with shops and restaurants, 15 recreational parks (including a golf course), and waterfront views from both the mainland and the peninsula across the water.

Most folks probably don’t imagine spending their beachy retirement huddled up under layers of sweaters and blankets, but they're missing out. The cliff-edged and chilly shoreline of Bastendorff Beach, just a short trip over the bridge from Coos Bay, is gorgeous, a wholly relaxing place to collect shells, pitch a tent, or ride a horse.

Many locals also take whale watching tours by boat, view masterpieces at Coos Art Museum, swing a 9-iron, or watch the pros play golf at the Bandon Dunes Resort, home to the Curtis Cup. Homeowners can look at the bay from their two-bedroom bungalow for just $169,000 or smell the salt air in a grand four-bedroom Dutch Colonial in the heart of town for a cool $649,000.

This is not a typo: Southern California does, in fact, boast affordable retirement homes right near the coast. Leisure World, a gated retirement community located just 12 minutes from the sands of Seal Beach, offers some serious deals. This renovated one-bedroom cottage is listed for just $199,999 and this two-bedroom at $225,000.

The large community has various purchase restrictions, including a minimum age, and in some cases requires all-cash transactions; but to buy in another part of the desirable beach town would cost at least $700,000. And locals are willing to fork over that kind of money for a reason. Seals actually do galumph around on the shore. The laid-back city boasts a restaurant- and shop-lined Main Street, which spills out to a nice pier and beach.

“Seal Beach is quaint and cute to walk around,” says Melinda Elmer, a Realtor® with Century 21 Masters. “It has a little bit of everything.”

Located at the mouth of the Thames River, this seaport city—the second-largest whaling port in the world back in the "Moby Dick" days—boasts a historic waterfront district that has become the creative hub of the city with art, music, and design venues, unique boutiques, and more than 30 restaurants. Retirees can take the grandkids on whale watching tours or picnic at one of the many parks or the beach.

However, what really makes this port town ideal for the 55-plus crowd is the easy access to quality health care. Part of Yale–New Haven Health, Lawrence + Memorial Hospital is home to the region’s only inpatient rehab unit and a nationally recognized cardiac rehabilitation program.

A two-bedroom condo right near the hospital and within walking distance to Ocean Beach can be had for just $99,000 and $209,900 can fetch a three-bedroom Cape Codder with a master bed and bath on the first floor, blocks from the water.

This Gulf Coast tourist haven has clean beaches, great fishing, and fantastic fowl. It has 10 birding sites on the Great Texas Birding Trail and the planet’s sole migrating flock of over 265 whooping cranes, which passes through the Aransas Wildlife Refuge every winter.

About 27% of the city’s 10,000 residents are aged 65 and up. Many of them seek out single-story homes with attached garages right around the golf course, marina, and beaches. They include this three-bedroom on the water for $275,000 and this two-bedroom cottage for $219,000.

With its bustling main street, John F. Kennedy Hyannis Museum, and world-renowned Cape Cod Hospital, Hyannis is basically the hub of the Cape. It's home to lots of shopping, plenty of restaurants, nice golf courses, a great sailing scene, and beautiful beaches. It even has an airport and ferry terminal that connects the mainland to Martha’s Vineyard and Nantucket.

Many of the retired residents of Hyannis move into their former summer homes, but there are still plenty of boomers relocating to the area. Year-round homes start around $350,000 and reach nearly $4 million. Though a four-bedroom on the beach will set you back $1,650,000, a two-bedroom right next to downtown can be purchased for just $249,900.

“There’s still a lot of areas in Hyannis that are very affordable,” says Jeanette Neeven, a Realtor with Century 21 Cobb Real Estate. “Obviously, just like anywhere, the closer to the water you are, the more expensive the property.”