No One Wants To Catch a Falling Knife ... 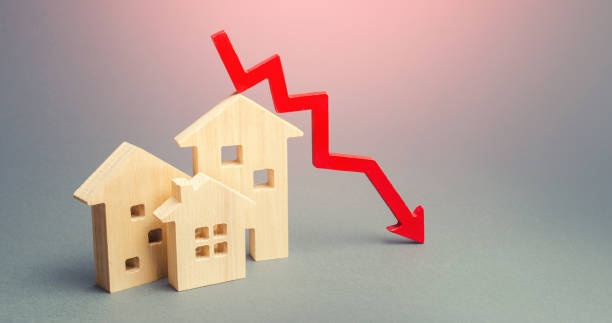 ‘No One Wants To Catch a Falling Knife’: What To Expect in the Housing Market for the Rest of 2022

What a difference just a few months can make. As the year comes to a close, the red-hot housing market has been brought to its knees by soaring mortgage interest rates.

It now appears to be in a standoff as just about everyone suddenly feels stuck. Home prices are beginning to fall from their peaks in some of the nation’s hottest markets—but not enough to make up for the higher mortgage rates. So more and more buyers simply can’t afford to buy. Sellers, who are typically also buyers, don’t want to give up their low mortgage rates to purchase new properties. Renters can’t afford to move. And many new homeowners fear they bought at the peak of a rapidly deteriorating market.

So what’s next as 2022 comes to an end? Will mortgage rates continue to rise? Could prices come down even more? And will buyers return to the market?

“There is definitely a belief that home prices will go down. So consumers are saying, ‘Why would I buy now if prices are lower in two months’ time or three months’ time?'” says Ali Wolf, chief economist of Zonda, a real estate consultancy.

“That mindset is freezing the housing market.”

In the past year, mortgage rates have risen from just under 3% to more than 7% for 30-year fixed-rate loans, according to Freddie Mac. That translates into mortgage payments rising by hundreds of dollars more every month. Median monthly mortgage payments are now about 81% higher than they were a year ago, according to a Realtor.com® analysis.

Few buyers, especially first-timers, can afford that sort of increase. Many can no longer qualify for mortgages due to the higher rates, and others are being forced to slash their budgets. Homes are sitting on the market longer, sellers are slashing prices, and sales are stalling. So the pressure is on home prices to come down. And they’re beginning to oblige.

How low will home prices go?

Many prospective buyers are eyeing home prices like a game of limbo. How low will they go?

Zandi, from Moody’s Analytics, expects prices will fall nationally by about 10% from peak to trough, bottoming out in the summer of next year. They’ll go down even more in the pandemic hot spots—such as Phoenix; Boise, ID; and Austin, TX—that experienced the biggest run-ups. Prices in these places could drop as much as 20%. Florida, where the demand from buyers is still strong, could hold up a bit better, he says.

“The markets that got most juiced up during the [COVID-19] pandemic are the markets that are going to experience the biggest declines going forward,” says Zandi.

Wolf, of Zonda, expects prices could fall by 15% nationally over the next year. She’s seeing about 40% of builders cutting prices.

However, it’s important to put any price declines into perspective. Nationally, home list prices rose 40.6% in just over two years’ time—from March 2020, when the pandemic lockdowns began, to the peak of the market this past June, according to Realtor.com data. So a 10%, 15%, or even 20% drop over a two-year span isn’t as significant as it might seem at first.

“A really important thing to remember is housing is cyclical,” says Wolf. “We came from a massive run-up in prices, sales, demand in the housing market, and now it’s contracting. This is not new.”

And not everyone is anticipating a dramatic fall in prices.

Lisa Sturtevant, chief economist of the Bright MLS, which covers the mid-Atlantic region, expects prices will come down a bit from their peaks over the summer. But for much of the country, price growth will slow. That means prices won’t rise at such a large clip as they did during the pandemic.

The wild rent increases of the past year are also slowing down.

Most renters are struggling to afford the higher price tags, especially as inflation, gas, and other costs have soared. Rents in many places are so high that many young adults can’t afford to move out of their parents’ homes. And now many companies are issuing pink slips, making it even harder for renters to afford these high prices.

Zandi expects that rents will stabilize and could even come down a little in the parts of the country where they went up the most.

“They’ll be weaker in the near term,” he says.

Mortgage rates are poised to rise—but are coming down instead

Mortgage rates are expected to remain high—and could even rise through the end of the year.

This is due to the U.S. Federal Reserve, which has been hammering the housing market by raising its interest rates to combat inflation. When the Fed raises its rates, mortgage rates generally follow. And the Fed is expected to continue jacking up its rates.

However, mortgage rates fell last week after the government showed inflation was still strong but was slowing. That means the Fed will continue raising its rates, but perhaps not as much as previously anticipated. That unexpected optimism explains why mortgage rates were down from 7.22% to 6.62% on Thursday for 30-year fixed-rate loans, according to Mortgage News Daily.

While mortgage rates are still expected to remain high through the rest of the year, many are watching closely to see what they do next.

“The doubling of rates is over,” says Maleyev of KPMG. The housing market will “pick back up when interest rates start to go down again.”

More homes are for sale, but not many new ones are coming on the market

Buyers finally have more options to choose from—just not many new ones they haven’t already seen.

Some sellers, who were planning to list their homes in the next few years, are still going to attempt to unload their properties while prices are still high. Others will need to sell for life reasons, such as needing more space as their families grow or wanting less space as their children leave the nest. There are also those who will move for work or to be closer to family and friends.

“There are always reasons why people have to move, and those moves will still happen,” says Sturtevant. But “if you don’t have to buy a home, you might decide this is not the right time to make that move.”

Most sellers are also buyers. Those who don’t need to move will likely stay put—especially if they have a mortgage. Most homeowners now have loans with rates in the 2% and 3% range. If they purchase a new home, they will need to get a new loan with a rate that’s likely to be at least twice as large. And higher rates can add hundreds, if not more than a thousand, to a monthly mortgage payment.

Plus, many of those who do sell right now are having to cut prices, contribute to buyer closing costs, or make other concessions.

Builders currently have a lot of homes in the pipeline, but they’re beginning to pause construction in the face of fewer buyers. Many are still scarred from the run-up to the Great Recession, where they built more homes than there were buyers for—and then lost their shirts when the downturn happened. Despite the housing shortage, they don’t want a repeat of the housing bust when many companies went under.

“We’re living through a really unique time in the housing market because we have both a buyer’s strike and a seller’s strike happening at the same time,” says Zonda’s Wolf. “When you have both of those things happening, home sales will inevitably come down.

A recession would weaken the housing market even further

If the nation tips into a full-fledged recession with widespread unemployment, the housing market will fare even worse.

“Recession risks are very high,” says Zandi. He thinks the nation could still avoid one, but just barely. “It’s going to be very close.”

Nationally, home prices could drop 20% during a recession and more in the most “juiced up” markets, says Zandi.

However, real estate experts don’t anticipate a repeat of the Great Recession when home prices crashed, bad mortgages went bust, and foreclosures swept the nation. Since the last bubble popped, most of the subprime mortgages that got homeowners into trouble have been abolished. Lenders have become stricter, and now only the most qualified borrowers are getting approved for mortgages, lessening the risk of another foreclosure crisis.

And unlike during the last crisis, there are more buyers than there are homes for sale.

“Prices will come down, but they’re not going to collapse because there is this shortage of homes,” says Zandi. “That will help ensure the market doesn’t collapse.”

The bright spot of a recession is that, during a downturn, the Fed is more likely to lower rates to stimulate the economy. That would likely lead to falling mortgage rates. Combined with lower home prices, first-time and other buyers could jump back into the housing market.

“This is still a pretty strong economy,” says Padhraic Garvey. He is the regional head of research, Americas, at the multination financial services and banking company ING. “There is a recession risk, but we don’t have the ingredients there for the housing market to crash. Prices won’t collapse off a cliff.”