How the Rollout of COVID-19 Vaccines Could Help... 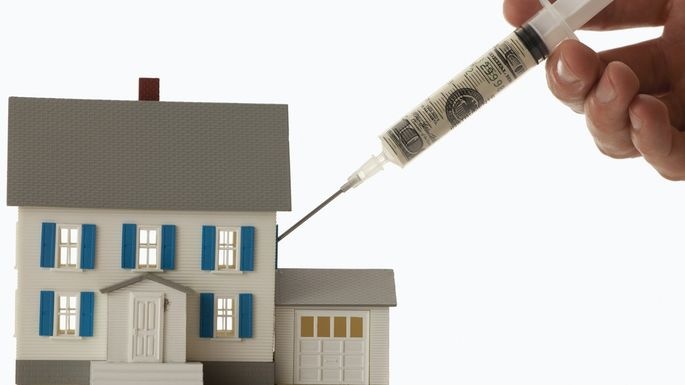 How the Rollout of COVID-19 Vaccines Could Help—and Hurt—the U.S. Housing Market

The coronavirus pandemic and the ensuing financial crisis have caused immeasurable hardship and pain across the U.S. Paradoxically enough, the crisis has also served as a turbocharged shot to the housing market. Feverish buyers rushed into the market just as COVID-19-shy sellers pulled their homes off—forcing buyers into bidding wars and pushing prices up to new heights. Recession be damned.

Now, as the long-awaited vaccines are being rolled out, home buyers and sellers are eager to take real estate's temperature. Will prices finally cool off? Will the big cities come back? And will more homes finally go up for sale?

Certainly the vaccines aren't expected to be silver bullets, especially given the rocky rollout rife with distribution problems, inoculation concerns from the general public, and new strains of the virus circulating. Even when America reaches herd immunity, it's not as if the world—and the housing market—will instantly return to some semblance of pre-pandemic normal.

Spoiler alert: The housing market is expected to remain hot, but the frenzy that was a hallmark of the majority of 2020 is likely to die down.

“We’re going to settle somewhere in between where we were before COVID and where we were during COVID," says realtor.com®'s chief economist, Danielle Hale.

More homes to go up for sale, but buyers can expect competition

The good news for buyers is more homes are expected to go up for sale. So desperate buyers won't need to put in offers and waive contingencies before they've even finished touring the properties.

"Some people will feel comfortable listing their home during the first half of 2021," says Ali Wolf, chief economist for Zonda, a real estate consultancy. "Others will want to wait until the vaccines are widely distributed. This suggests more inventory will be for sale in late 2021 and into the spring selling season in 2022."

Many sellers held off on listing their homes during the pandemic, particularly more vulnerable baby boomers. They didn't want to risk getting sick through an open house or having someone infected touring their home. Once they're vaccinated, they're more likely to go ahead with their moves.

"As the risk of serious illness declines because more people are vaccinated, we expect to see more sellers,” says Hale.

There's also expected to be more new homes going up this year, similar to how builders ramped up construction in 2020 despite the pandemic.

Builders could erect a million single-family homes and townhouses next year, predicts Robert Dietz, chief economist of the National Association of Home Builders. That could help to ease the crunch,

"The growth in single-family homebuilding will continue," Dietz says.

Watch: With New Year, There's 'Hope on the Horizon' for Economy and Housing Market

Prices won't go down—but they won't keep escalating as rapidly
While an increase in homes for sale will keep prices in check, buyers shouldn't expect they'll fall. However, median list prices are not anticipated to keep increasing by 13.4% nationally, year over year, as they did in December, according to the latest realtor.com data.

The increased supply will take some of the pressure off the market. There are likely to be fewer bidding wars as buyers have more homes to choose from.

“The very rapid home price growth that we have seen over the last few months should start to moderate," says Frank Nothaft, chief economist of real estate data firm CoreLogic. "I expect price growth to slow."

But high demand will continue to keep prices high. Estimates range from 2% annual increases to around 6%, depending on whom you ask.

As the economy picks back up and people are no longer afraid to be within 6 feet of one another, they'll get new jobs, promotions, and raises. That will give them the cash they need to become homeowners or trade up to a larger abode.

Many folks who remained employed were able to contribute more to their down payment savings since they weren't going out to eat or on vacation. Plus, there are simply more first-time buyers out there. The millennials are a larger generation than the previous one, and as they get older, they're settling down, having families, and buying real estate.

"Demand is up, particularly among first-time buyers and Generation Xers who are looking to trade up," says Nothaft.

One big downside for buyers in 2021 is rising mortgage interest rates. Rates hit record lows as a response to the wounded economy. As hiring begins again in earnest and people begin spending again, the economy will improve and rates will likely tick up.

Those ultralow rates were the foil to the nation's highest home prices in history. They kept monthly mortgage payments at least somewhat manageable even as prices shot up. (Rates were an average 2.65% for 30-year fixed-rate loans in the week ending Jan. 7, according to Freddie Mac.)

That affordability calculation could change if rates begin going back up. While rates aren't expected to shoot up this year, they'll likely increase a little, moving back up around 3%. Combined with higher prices, that could price some would-be buyers out of the market.

The upside is that the increase in inventory coupled with rising rates could help to slow down the crazy, ratcheting up of home prices. It could also dampen demand, even just a bit, which could help to ease some of the competition in the market.

The pandemic helped ratchet up home prices in most of the nation—except in the largest, most expensive cities. Suddenly, it seemed like madness to pay exorbitant rents and mortgages to be confined to itty, bitty spaces when the reason residents pay those small fortunes—the nightlife and restaurants and cultural life of big cities—were all shuttered.

In addition, living on top of one another and sharing common spaces, such as lobbies and laundry rooms, suddenly felt unsafe with the virus spreading. Many residents who could work remotely, and had the money to move, relocated to more spacious, single-family homes with private, outdoor space in the suburbs and beyond.

That pushed real estate prices in some of the biggest, most expensive cities down to levels not seen since the bottom of the Great Recession. Now those low prices—and the promise of a vaccine—are luring people back.

"There's a dramatic reset in affordability," says Jonathan Miller, a New York City–based real estate appraiser. "It's starting to trigger interest from younger renters who were priced out and unable to enter the market."

In Manhattan, rents fell 22% year over year when adding in concessions, such as a free month's rent or other perks, says Miller. He's also seeing sales of condos pick back up again.

"Don’t write off city living," says Zonda's Wolf. "The return to a non-socially distanced life brings with it the draw to be around other people again, especially as restaurants, bars, sporting events, and concerts fully open. As the appeal of cities returns, so will strong demand for townhomes and condos near downtowns."

After 9/11, it took about three years for the city to recoup its population, says Miller. In the aftermath of the disaster, many New Yorkers moved away.

Post-COVID-19, cities are expected to attract more 20-somethings just starting out than older couples with kids focused on more space and good school districts. Gen Z and younger millennials are more likely to crave the excitement—as well as the nightclubs, dining, and social scenes that cities offer.

"A city is not just a place to work," says realtor.com's Hale. "It's a place to socialize and meet other people."

Will the suburbs remain the place to be?

Families are less likely to return to the cities. They can get more square footage for their money in the burbs, perfect for a home office or a spot to home-school the kids in, a yard for the children to play in, and a good school district.

That's why the suburbs became the place to be during the pandemic. Thanks to Zoom and other technology, they're likely to stay that way, at least for the foreseeable future.

Some form of remote work is likely here to stay. Most employers aren't expected to require white-collar workers, who will have been clocking in from home for over a year, to suddenly resume their five-day-a-week commutes once everyone is vaccinated. It's more likely that those who don't need to be at their desks to do their jobs, will come in a few days a week or go to a satellite office instead. That's if they don't go 100% remote.

That opens up farther-out real estate markets with more affordable homes. If workers are going to the office only twice a week, they may not mind a longer commute.

“Single-family homes in the suburbs will clearly be favored over the condominiums in downtown, city centers," says Lawrence Yun, chief economist of the National Association of Realtors®. “People may seek out more distant suburbs.”

Bigger is better when it comes to housing

If housing had a popularity contest, stand-alone, single-family homes would win in a landslide. Even once it's safe again to venture out into the world, buyers are expected to continue seeking out larger houses. And with working from home expected to endure, a property large enough to accommodate a home office or two will remain a housing must-have.

"They'll have lasting memories of the pandemic," says CoreLogic's Nothaft. "People will want to have more space between them and their neighbors."

The shift toward more spacious residences is reflected in construction trends. After years of shrinking square footage and smaller homes in downtown, urban areas being all the rage, builders are putting up larger residences.

The median square footage of a newly built abode was 2,274 in the third quarter of last year, according to U.S. Census Bureau data. That was compared with 2,262 a year earlier.

"The typical new-home buyer is looking for more space, and that trend will continue," says economist Dietz.